In order to fully implement the New Education Policy, including the Choice Based Credit System and Credit Transfer in Universities, the Rajasthan Governor requested that all universities make serious efforts.

Jaipur: The vice chancellors were ordered by Rajasthan Governor Kalraj Mishra on Friday to release an updated and uniform subject-by-subject syllabus for universities in accordance with the New Education Policy by October 30. Vice chancellors of state-funded universities were convening under Mr. Mishra’s leadership at Raj Bhavan. He advised that a team of vice chancellors be given the responsibility of working with the Raj Bhavan to coordinate and oversee the timely release of the new syllabus.

In order to fully implement the New Education Policy, including the Choice Based Credit System and Credit Transfer in Universities, the Governor requested that all universities make serious efforts.

In order to overcome any obstacles to building Constitution Parks in several universities, he also gave the vice chancellors instructions to coordinate with Rajasthan State Road Development Corporation Limited, the executive agency.

According to him, the purpose of creating Constitution Parks in universities is to raise youth awareness of their constitutional rights and obligations.

Additionally, he emphasised the need to implement a semester system in all universities as well as an academic calendar.

The Chancellor’s Award for excellence in state universities was given at the event to Maharana Pratap University of Agriculture and Technology (MPUAT). 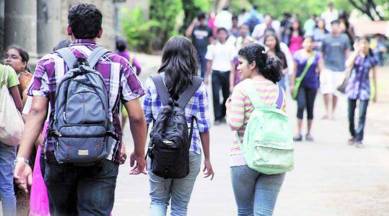